Hey, it's almost fall 2011- does anybody want to know what last year's lambs look like?! Well, here they are, minus Valse,  who I still could not get a good picture of (guess why :). Ah yes, the yearlings. Such individuals- each with their own very independent personalitys - the spoiled, the aristocrats, the brats. They are my best lamb crop, with each one being different, but with consistent good conformations, good breed type, and nice soft lustrous fleeces on all of them. 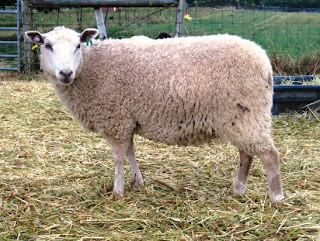 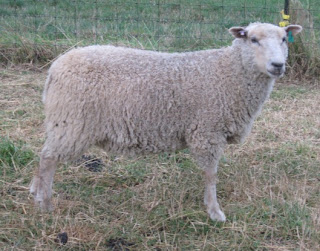 Samba. Good conformation on a little smaller scale than her sister. Samba has a fine, very soft, very lustrous fleece with good staple lengh. Her lamb fleece was super fine, with extreme crimp. Not quite so extreme now, more mid-range, which is ok with me, because I can't spin laceweight! I showed her fleece under an experienced spinner/weaver/etc. judge at the Fiber Event who said laceweight spinners would go crazy over her tiny little crimp and fineness! Samba passed inspection with UK inspector Kate Sharp at WSWF. Kate said she was typical of the Shetland Isles type. 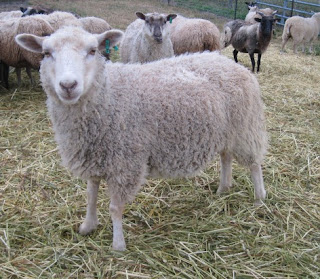 Cotillion ('Coti').  She's  got a good conformation with great breed character, and a medium sized frame.  Coti has a pretty fleece, similar to the typical grey kat - not terribly dense, but silky, very lustrous, and soft. 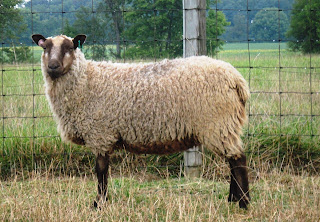 Arabesque. She has a nice fleece, a touch too britchy, but very dense, fairly lustrous, and soft. Very good conformation and breed character. 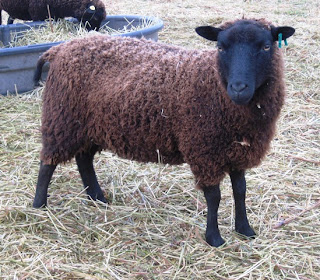 Allemande ('Alli'). Spoiled rotten, nice little ewe. Good conformation, head, tail, and a nice fleece that is staying a true black so far, with not much sunbleaching. 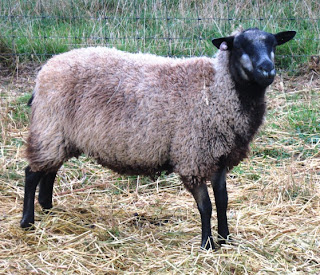 Tango. She has a very darkly shaded steel blue-ish grey fleece, soft, not as lustrous as most kats because of her deep color, and very dense. 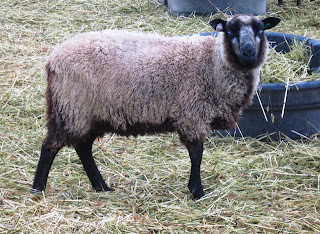 Valse, my other fawn (really fawn, as in modified, not moorit as most 'fawn' kats are) kat, is a nice medium sized ewe with a good conformation and a highly lustrous, very silky handling, soft fleece with a ~4-6'' staple. Oh, and she's spoiled, which is why you'll have to look at the posts below for her most recent picture:)
Posted by Theresa at 4:09 PM

Is arabesque a katmoget? The fleece shot (parted) looks like white fleece. Is it a different sheep?

Yes, Arabesque is a moorit kat. Her fleece just doesn't have much color, other than her solid stripes and britch shading.

S'More Sheep is a separate, small flock within Under The Son Farm. Using the 1927 Shetland Breed Standard as the description of perfection, S'More stock is bred to exhibit the wonderful, unique qualities of purebred Shetland Sheep.

1927 Shetland Breed Standard
General Character and Appearance (Horned or Hornless) ... 9
Head - Good width between ears, tapering rapidly to base of nose, which should be broad and with little taper to the muzzle, hollow between cheeks and nose well marked...... 9
Face - Medium length of face from eyes to muzzle, nose prominent but not Roman, small mouth.....5
Eyes - Full, bright, and active look......3
Ears - Fine, medium size, set well back, carried slightly above the horizontal.....4
Neck - Full, tapers into a fairly broad chest ...4
Shoulders - Well set, top level with back ....6
Chest - medium width and deep .....5
Back - Level, with as much width as possible ...9
Ribs - Well sprung and well ribbed up ....4
Rump - Good width, with well tuned rounded hips ....5
Tail - Fluke tail. Wool at root forming the broad rounded [art, and tapering suddenly to barely covered fine point. This is a strong character, and any crossing is easily made out by it. Length varies according to the size of the sheep, rarely exceeds six inches, or thereby ...9
Legs of Mutton - Light, but very fine in quality ....4
Skin - Varies according to the colour of wool. In white no blue or black colouring ....2
Wool - Extra fine and soft texture, longish, wavy, and well closed. Wool on forehead and poll tapering into neck, likewise wool on cheeks. Colours : white, black or brown, moorit (from reddish to fawn). Greys (including Sheila). other known colours - Mirkface (brownish spots on face); Catmogit (dark under parts from muzzle to tail and legs), Burrit (light underparts); also Blaegit, Fleckit, and Sholmit ......20
Carriage - Alert and nimble, with a smart active gait .....2